Being a consultant is fun. You’ve got some time to work on projects that cater to your favourite obsessions outside of your paid client work. And you can make those projects pretty crazy ones, all in the name of experimentation.

The HashKey is the latest fun experiment I’ve been involved in. Masterminded by my boyfriend, probably as some huge romantic gesture to keep me engaged, I’m really just a figurehead as a ‘social media fan’, but it’s been a blast so far nonetheless. (My hands are so famous now!)

We received a ridiculous amount of press, agency and influencer attention in the first few days we went live, as we knew we would; this product is peak social media sharing ammunition. It’s just interesting to see whether that level of conversation converts to getting this thing funded!

Watch my starring role in the Kickstarter video here!

You’ve definitely seen Ello by now – with people desperately begging for invites, or boasting that they have loads to give away.

But how has Ello become so ubiquitous so quickly?

According to the limited resources available online, founder Paul Budnitz says that the network’s been in use for around 100 of his collective’s artist and designer friends for over a year – they only started sending invites outside of this in April. They have no ambition to be Facebook.

Despite the rapid uptake and belief in the hype, there’s a sceptical tone in the air around Ello. How can they take on Facebook when they’re shunning advertising? The premium model they’re talking about can only go so far.

The founders say they still own the majority of the company, and they say they’re not actually interested in taking on Facebook.

However, they raised substantial VC funds ($435,000) just before this mega-spike says otherwise. Investors don’t invest without a business model that promises return.

So how have they got to the stage where they were getting sign-ups at the rate of 31,000 per hour?

END_OF_DOCUMENT_TOKEN_TO_BE_REPLACED

Yesterday I moved 100GB of crap off of my hard drive. Most of that was you. I found a folder of over 4,000 of you just from the first half of 2011. I laughed recalling my fondest memories with you – waking up with a mild hangover and little recollection of the 550 new additions to Photobooth from the night before. 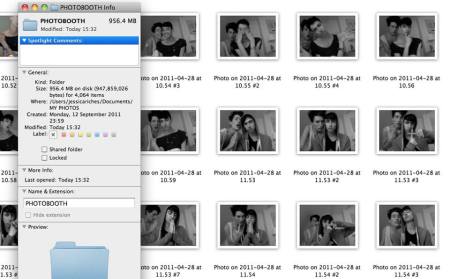 I have loved you for a long time. END_OF_DOCUMENT_TOKEN_TO_BE_REPLACED

This blog gets an obscene amount of hits for a site so under-updated and so un-SEOed. I would say ‘God knows how’ – but WordPress knows how. (WordPress is God?)

Anyway, using this omniscient Internet capability, I can see the main search terms that get people here. And I can see that these search terms are a CRY FOR HELP. So I’m going to offer some help.

Welcome to Social Media Agony Aunt Search Terms Part 1. (Suggestions for catchier names welcome. And knowing me there won’t be a part 2.) 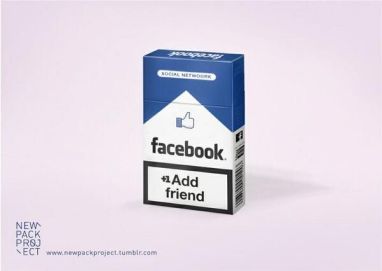 END_OF_DOCUMENT_TOKEN_TO_BE_REPLACED

Bye guys, I’m giving up Facebook because of 17 reasons Only People With Really Big Facebook Habits Will Understand. The first 6 people to respost this get a puppy. You Won’t Believe How Awe-Inspiring I’m Being whilst I win the Internet. Seriously. Just Click Here.

Grammar aside, I’m pretty sure the Internet can’t be anything but a parody of itself right now.
END_OF_DOCUMENT_TOKEN_TO_BE_REPLACED 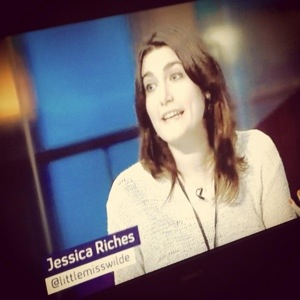 Last week Twitter announced that they would be floating on the stock market. Channel 4 News asked me to come on the show and talk about it, representing Twitter’s free spirit and general user base. Watch me talking to Jon Snow here.

(I’d just had a minor routine surgery if you think I’m sitting awkwardly.)

Also in recent weeks I’ve decided to put my real name on my Twitter account. Mainly because my ‘Tweet of the Week’ on Marketing Week decided that my insight on Snapchat and Chat Roulette (yes, really) should be attributed to “Jessica”. With speech marks. So I will always be @littlemisswilde, but I may sometimes go by Jessica Riches now.

And finally: it’s Social Media Week this week! #SMWLDN feels a lot like Fashion Week but there are less people taking pictures of your clothes. Say hi if you’re around; we can talk about ‘engagement’ and Instagram our coffees, because why shouldn’t we live up to the global ‘working in social media’ stereotype?

A few weeks ago, the ladies at Pamflet asked me to speak at the London launch of Emma Koenig’s FUCK! I’M IN MY TWENTIES. It’s amazing, buy it. Anyway, I used this as an opportunity to find out what the audience thought of my online behaviour towards my boyfriend. They thought I was less of a psycho than I’d anticipated so I thought ‘sod it’ and turned my talk into a series of blog posts. This is part 1. And my boyfriend has now seen this.

I freak out every time my boyfriend wants to use my MacBook for something. I usually smack his hand away before he even has a chance to move the mouse to Chrome. I’d definitely rather accidentally break his DJing hand or whatever than see the look on his face if he discovered the dark secret that lies in wait on my home page if I haven’t cleared my browsing history in the last forty five minutes. But I’m not having a raunchy affair conducted entirely through Facebook chat, I don’t have a shameful past that could be revealed by an unfortunate email at any moment and there is no addiction to obscure pornography that could be exposed with a simple mistyped URL. The truth is far worse: my most visited sites will undoubtedly always be his Facebook and Twitter profiles.

END_OF_DOCUMENT_TOKEN_TO_BE_REPLACED

This is my response to the coverage of the MTV VMAs 2011, and the news that Beyonce & Jay Z are expecting their first child.

On the year that MTV’s Video Music Awards celebrated record viewing figures, Twitter’s PR account announced that they’d received a record number of tweets after Beyonce’s mid-VMA confirmation that she is, in fact, with child. Despite the probable musical demigod status of said child, this record bump (no pun intended) of 8,868 tweets per second was more down to MTV’s juggernaut-inspired social media strategy for this year’s ceremony than a genuine collective outpouring of joy for Mr & Mrs Z, or the belief that this is the most worthwhile thing to talk about since March 2006.

END_OF_DOCUMENT_TOKEN_TO_BE_REPLACED

Right this whole blog thing can be quite fun so I’m going to get into it. Here’s a little update on what to expect from me soon.

I’m speaking at this event after the March 26th march. There are still a few standing tickets left if you’d like to indulge in me chatting away, or alternatively if you’d like to laugh for an extended period of time at the hands of Josie Long’s wit, or perhaps if you’d like to listen to the rhythmic spoken words of Dan le Sac vs. Scroobius Pip. If you do come along then make sure you say hi!

END_OF_DOCUMENT_TOKEN_TO_BE_REPLACED

In true Little Miss Wilde style I’ve added all of the Netroots UK coverage that I like that includes me in some way to my ‘Media’ page so go and have a look at the blog posts as well as the news stories. If you do only look at one thing, I recommend that it’s this video, made by Michael Chanan, because of the interesting ‘behind the scenes of behind the scenes’ slant. And because I just don’t appear to shut up in it!

(I will, I hope, at some stage, understand the relationship between suitable blog content and things that may bore people, rather than simply staying in some uncertain limbo.)

END_OF_DOCUMENT_TOKEN_TO_BE_REPLACED

Today I spoke at Netroots UK at the Congress Centre in Bloomsbury.

The most basic description of the day is that it involved lots of left-wing people discussing the internet as a political tool. You can read more about it on their website.

The workshop I spoke in was called ‘Turning online activity into offline activity‘. I spoke about the unexpected and somewhat unorthodox way in which I ran the @ucloccupation Twitter account, with my main point apparently being ‘you can never tweet too much’ and about Twitter as an expansion of the room, and then answered questions relating to the momentum and political grounding of the UCL occupation as well as the student movement in general.